What’s Under the Snow? 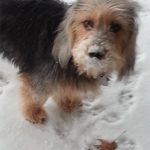 The mean temperature to date for the St. Louis, MO area in 2014 is -3° (Alert: That’s a negative, not a dash!). Luckily we didn’t break the record for the coldest day in St. Louis history, which was blessed upon our ancestors in 1884.  The temperature back then?  -22°. But, the temperatures this year are still the coldest we’ve seen in decades. On Jan 6th, it was -8°, the coldest since 1996.  What comes with cold weather? Well, snow of course.  The St. Louis area has seen 11 days of snow so far this year, with an accumulated snow fall total of 21.03 inches.

Anyone sitting in Michigan, Main, Wyoming, North Dakota, or any other of America’s freeze-dried states, you can stop spitting the coffee from your mouth in waves of laughter.  Yes, -8° and 21 inches of snow may just be a normal winter where you live, but here in St. Louis, well we’re accustomed to being in the middle of the country and therefore in the middle of the Fahrenheit scale.  And 2 inches of snow’s enough to cause mile long backups on our interstates.

All this cold weather has given me a case of cabin fever and with that my mind not only began to wander, but to wonder as well, specifically about what might be under all this snow.  I’m not the only one either; Boomer our Schnoxie (Schnauzer/Dachsund) actually went searching for the answer.

I couldn’t let him search alone, so I hopped on the internet (the main road to civilization when you’re trapped by the cold) and found some interesting answers:

I’m not sure what Boomer will find under the snow, but I do know he’ll continue to search whenever there is snow on the ground.  And to be honest, he’s pretty much happy not finding anything!

What have you found under the snow?