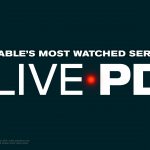 It is amazing what I have learned from LivePD. The reality TV show follows multiple law enforcement departments live every weekend. LivePD currently follows the Sheriff’s office in the county where I live in Texas. No, I have not been on LivePD. Yes, I have been tempted to not use my blinker when changing lanes to see if LivePD might pull me over!

If you want to check it out for yourself, LivePD follows 7 to 8 departments around the US.  It is live on Friday and Saturday nights on A&E.  You’ll see officers in action and learn that their jobs involve everything from chasing after suspects on foot as they wear 30 lbs of gear, stopping drivers time after time who have no license or insurance, and every now and then you’ll see them dance or do magic for kids.